For To design and implement DeMultiplexer and using gates:

The function of the Demultiplexer is to switch one common data input line to any one of the 4 output data lines A to D in our example above. As with the multiplexer the individual solid state switches are selected by the binary input address code on the output select pins “a” and “b” as shown. 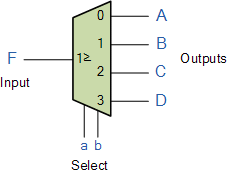 Some standard demultiplexer IC ́s also have an additional “enable output” pin which disables or prevents the input from being passed to the selected output. Also some have latches built into their outputs to maintain the output logic level after the address inputs have been changed.

However, in standard decoder type circuits the address input will determine which single data output will have the same value as the data input with all other data outputs having the value of logic “0”. 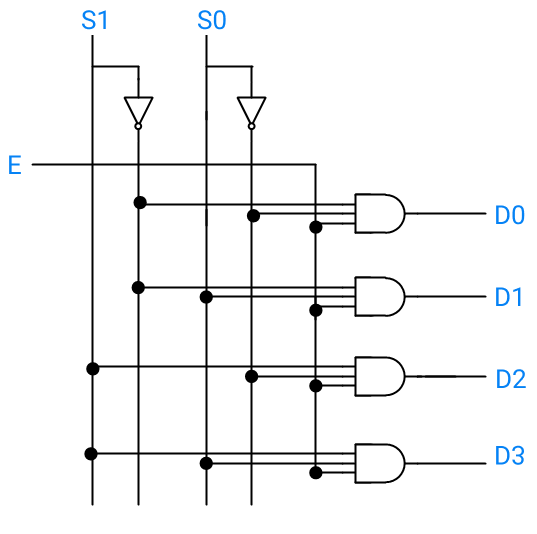 We have learned the Implementation of De-Multiplexer using gates.