To study and verify the Implementation of Ex-NOR Gate using NAND gate.

The logic function implemented by a 2-input Ex-NOR gate is given as “when both A AND B are the SAME” will give an output at Q. In general, an Exclusive-NOR gate will give an output value of logic “1” ONLY when there are an EVEN number of 1’s on the inputs to the gate (the inverse of the Ex-OR gate) except when all its inputs are “LOW”.

Then an Ex-NOR function with more than two inputs is called an “even function” or modulo-2-sum (Mod-2-SUM), not an Ex-NOR. 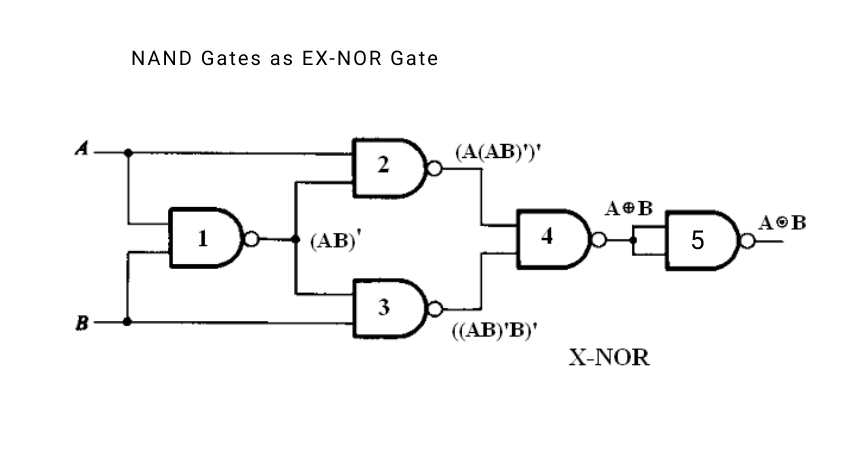