An open collector is a common type of output found on many integrated circuits (IC), which behaves like a switch that is either connected to ground or disconnected. 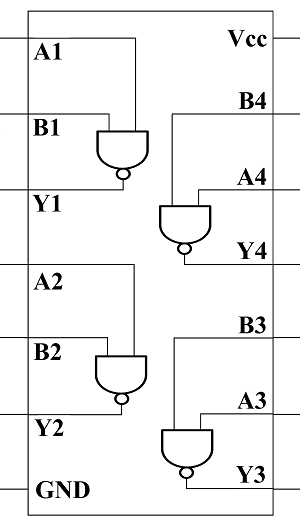 We have learned the Quad 2-input NAND Gates with Open-Collector Outputs using 74LS03 IC according to the IC pin diagram.