"If either any input is NOT true, then Y is true" 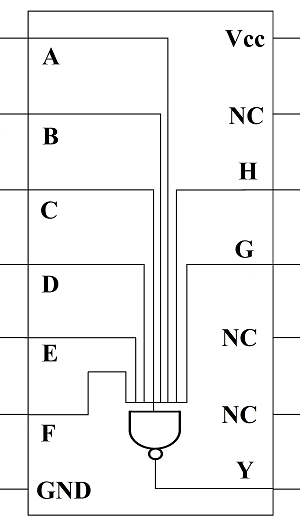 We have learned the 8-Input NAND Gate IC according to the IC pin diagram.